The summer of 1996 was the best!  All summer long I was running from one end of the beach to the other to spend time with cousins and friends.  I’d stop by my parents every once in a while to say hi or to tell them to watch for me on the water on a friend’s jet ski.

I was obsessed with jet skiing.  I would help my neighbors/friends put them in the water, take them out of the water, clean them, ride them, drive them, anything they asked me I was there.  But it wasn’t the same as having our own.

When I finally arrived home at the end of the day I’d recap the day.  “I drove the jet ski.  I went tubing.  I kneeboarded.  I even attempted a 360.  I’ll get there by the end of the summer but only did a 180 today.  Why can’t we have a jet ski so I can practice more?”  There answer was always the same (no matter if it came from my mom, dad or grandfather).  “They are a lot of work.  And your friends let you use them all the time, why do you need your own?”

One Saturday in August I was sitting on the beach, watching the water, waiting for the first glimpse of a jet ski.  My cousin was having a party so his college football friends were arriving all around me.  I just ignored them.

I heard a truck pull up behind me but didn’t take my eyes off the water.  My friendsBut when I heard one of the football players say “woah!  that’s awesome!” I had to see what they were looking at.  In the bed of my uncle’s truck was a jet ski.  Yellow, white and purple.  Pop and my uncle jumped out of the truck beaming!

I was in shock.  My grandfather came up to me, handing me a lifejacket saying “What do you think?  Excited for our new toy?  It’s for everyone but you’re in charge.  You know it better than anyone.”  Me?  I’m in charge of this motorized toy?  Finally I’m able to speak “Oh my gosh!  This is amazing!  Thank you!  Thank you!  Thank you!”

After what felt like eternity, the football players lifted the jet ski off the truck, put it on the trailer and got it in the water.  They couldn’t wait to ride it.  But guess what?!  I got to go first!  Then these big, macho football players had to listen to a girl 10 years younger teach them the rules of the jet ski at our beach.

Boy has it been an adventure with jet skis since then.  But each year as I get on the jet ski for the first time I say hi to Pop in heaven.  Thanking him for my love of the beach, water and jet ski. 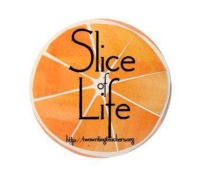